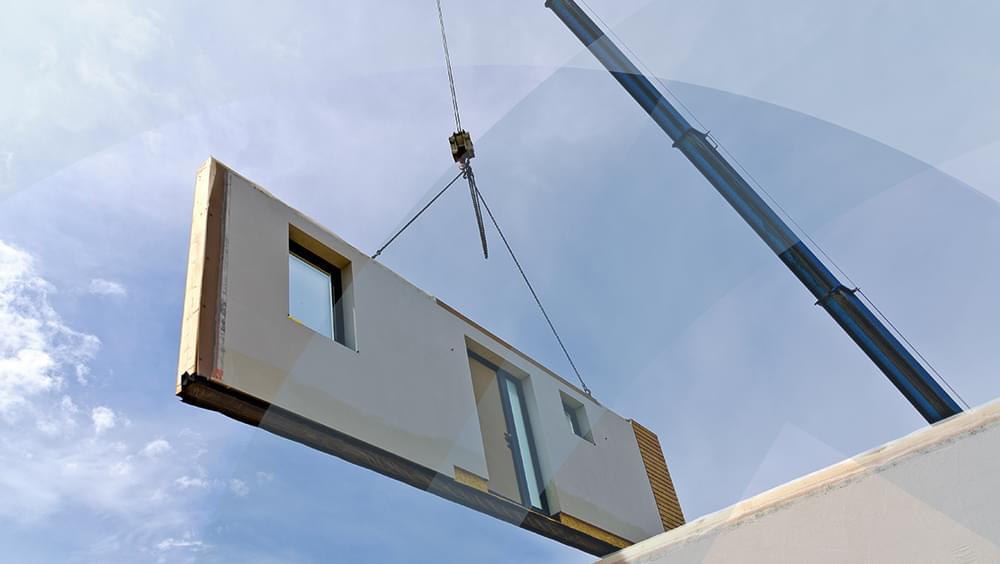 What is Off-Site Manufacture?

There is no clear and comprehensive definition of what off-site manufacture (OSM) is, as it encompasses many different systems and processes.

In its broadest sense, OSM for construction utilises technologies which enable a proportion of the construction to be completed under factory conditions and then transported onto a site.

Commonly used categories and processes include closed panel systems (where wood, steel or concrete panels arrive finished and plastered), pods (non-loadbearing units fitted with fixtures and finishes in the factory. e.g. bathroom pods) and design for manufacture and assembly (DfMA) (a design approach where interfaces are pre-considered as a whole and engineered at an earlier stage). It can also include full volumetric construction, where completed three-dimensional units are transported on the back of lorries to site.

OSM is an example of a modern method of construction (MMC). MMC utilises digital techniques and Building Information Modelling (BIM) – the digital description of every aspect of the built asset. These digital models can then be directly transferred to production lines.

Improvements in digital modelling techniques have the potential to transform OSM into viable alternatives to traditional on-site construction.

Why Do We Need it and Why Is It Growing?

The stagnating private sale market makes the traditional housebuilding model appear less well adapted to current conditions. With a lack of availability of trade contractors, the supply construction chain is tied up. This, combined with the fact that traditional construction costs have risen over the past few years in the residential sector, provides fertile ground for OSM to take root.

In July 2018, the House of Lords Science and Technology Committee (the Committee) published a report noting that the current labour shortage is only likely to worsen in the coming years and suggested that OSM could play a key role in helping the Government meet its target of delivering 300,000 homes per year by the mid-2020s.

This view was supported in ‘The Farmer Review of the UK Construction Labour Model – Modernise or Die’ (the Farmer Review), which found that due to the age profile of the construction workforce, huge numbers are retiring and are not being replaced, creating what the review called a “burning platform”.

The Farmer Review indicates that over the next 10 years there will be an estimated 20-25% decline in the available labour force. This decline is likely to have a significant impact on capacity within the sector, leading to skills shortages that are likely to encourage off-site construction. It goes on to suggest that the Government has a role to play by encouraging clients to change their behaviours (through fiscal or planning system incentives) and buy manufacturing led construction rather than traditional.

As OSM requires fewer workers due to the fact that many of the manufacturing processes are digitised and completed by machines, moving to an OSM model may help to ameliorate the worsening labour shortage.

This is in line with G&T’s estimate that a well programmed and developed off-site construction solution in the residential market has the potential to have a 20% shorter programme than traditional methods, with fully-fitted out modular volumetric construction times as much as 40% less.

The environment is also a significant factor. The environmental advantages of OSM range from waste reduction through using standard material sizes, to reduced travel to site due to fewer material deliveries and a smaller range of activities that need to be completed on site.

Because precision is one of the advantages of OSM, the end products are more likely to be energy efficient, reducing UK energy consumption and greenhouse gas emissions. There is also a lower impact on the local community as:

Whilst there is little widely available empirical evidence that proves the business case for OSM, it is widely accepted that due to the repetitive, factory tailored nature of OSM, costs can be lower.

Labour cost savings are possible as OSM warehouses aren’t reliant on trade-based workers with higher city centre wages, but on local task-trained operatives. Costs savings are also made by standardising design details which reduce overall design fees. There are also potential cost savings due to a lower risk of delays on site.

The shorter construction programme of OSM can also reduce the costs of site management and facilities costs, while producing a faster return on investment, with reduced financing costs.

However, these savings are not always achieved in practice. Whilst savings are being made in some areas such as student accommodation and budget hotels, in other areas, such as build-to-rent (BTR), capital costs remain higher than for traditional on-site contractor delivery. NHBC’s 2016 research report, ‘Modern methods of construction – views from the industry’ found that one of the key issues preventing or restricting greater use of full volumetric construction was cost. There was concern that some companies:

“had been unable to achieve significant site savings to counter the higher capital cost [of OSM], in preliminaries for example”