AI in Construction: How is the data collected?

AI in Construction: How is the data collected? 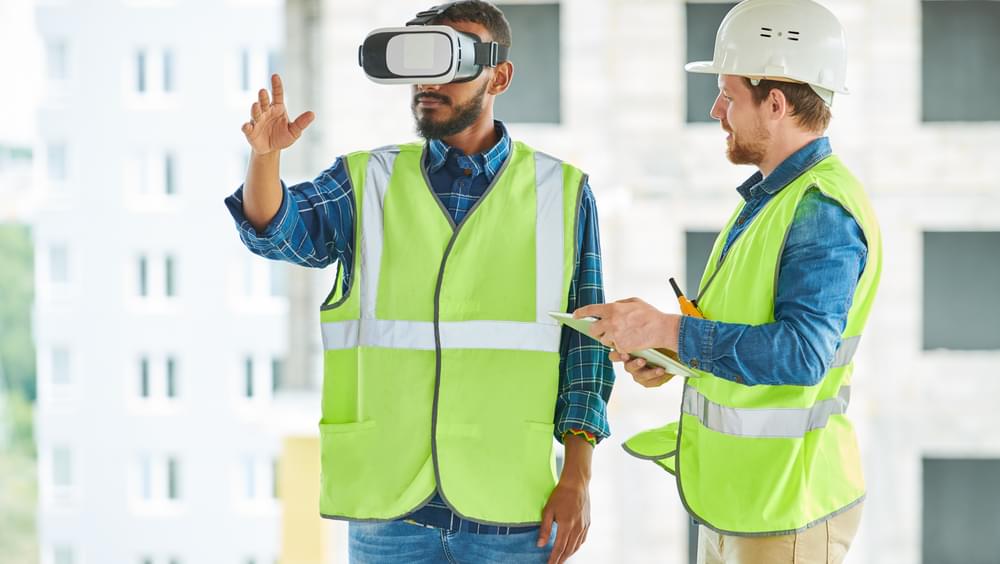 AI technology has the potential to alter business models, reduce errors and risk and make buildings more operationally efficient. It already permeates pockets of the construction sector with the necessary data collected by drone surveys, nano robots or even more traditional means.

AI and good data go hand in hand. There is no such thing as data overload when it comes to AI. In fact, the more data, the better. Increasing the volume of collected data improves that accuracy and enables better pattern recognition in the algorithms. So how is this data being collected?

The engineering and robotics powerhouse Boston Dynamics recently collaborated with Foster + Partners on its Battersea Roof Gardens project in London, tasking its four-legged robot dog (named ‘Spot’) to use its 3D laser scanning capability to capture and monitor progress on the construction site. Regular scans (using Lidar[1] sensors fitted to their quadruped) check that the building work done on site matches the architectural plans. A map was devised to roughly set up the missions that Spot needed to follow on site. These mapped areas were then scanned and specific data was captured. Spot re-ran the same missions at weekly intervals which yielded a sequence of highly comparable, consistent digital models of the building site, allowing work to be tracked as it progressed.

Although Lidar is widely used in construction for 3D mapping already, most solutions rely on static scanning that require humans to manually move the Lidar across site. Scanning multiple points this way is time-consuming, often taking days to produce maps of sites. Robots, however, can complete the task in just minutes or hours and reduce the inherent risk to personal of being present on site.

Site engineers can also don VR goggles and send robots with cameras into buildings that can track work as it progresses. Doxel AI uses autonomous drones and rovers with HD cameras and Lidar to scan the site. Their AI then uses these scans to compare against the BIM models, 3D drawing, schedule and estimates. This allows both the quality of work to be inspected and the amount of progress to be determined. In fact, Doxel was recently used on a healthcare project for Kaiser Permanente in San Diego which increased labour productivity by 38% over the course of the project, helping the overall project to come in 11% under budget.[2]

AI algorithms, such as those used by Doxel, recognise building components based on their size, shape and location (even components that are not fully visible), enabling it to report on any errors on work performed. Deviations between installed components with models allow you to quickly identify errors and ultimately avoid rework costs.

Lidar can also be used to collect data during site excavation. Augmented GPS, a combination of onsite base stations and satellites, can be used to geofence the site and to move automated track loaders (ATLs) around the site with precision accuracy. This system has been tested on a number of pilot sites by US firm Built Robotics by retrofitting the necessary electronics to track loaders. The task details (eg trench layout and dimensions) are uploaded to Built Robotics’ dedicated system. Once connected to the ‘robot’ (ie the onboard computer located in the excavator) and autonomous operation is underway, progress can be monitored in real-time. The Lidar can measure the amount of material being excavated, as well detect potential obstacles and collision threats.

With the fixing of sensors to drones, construction equipment/machines and vehicles, job sites are becoming more connected. These sensors enable access to real-time and accurate operational data which AI can harness to train models and identify patterns. The technology creates a pathway to a plethora of benefits.

Quantifying the Benefits of AI

The main overarching goal of many AI technologies is to improve productivity, eliminate rework and help deliver projects on time and within budget.

An estimated £2bn is spent annually in the UK on construction rework. According to some sources, the average cost of rework on a project is 5% of the total project value, so for every pound spent, 5 pence is wasted[3]. Much of this due to discrepancies between the build and the digital construction design. AI technologies can identify these discrepancies much earlier by constantly comparing the digital twin of the building in the BIM model against the physical representation. Rectifying any deviations earlier would significantly reduce rework cost and also consequent delays in construction projects.

Re-work savings are not the only benefit of AI. Other potential benefits, although more difficult to quantify at this early stage, include:

These are just some examples. The entire value chain is set to benefit from AI with the biggest impacts likely to be seen in areas characterised by repetitive, known tasks where there is limited uncertainty.

AI has the potential to solve construction’s productivity problem as well as a host of other challenges that have blighted the industry for years. AI can harness the increasing number of data points being generated throughout the building lifecycle to address these issues and improve the construction process.

The potential benefits of AI are widely known, the implementation, execution and exploitation of the technologies, however, is proving more difficult. Many AI subfields in construction such as computer vision, robotics and NLP are only just emerging and are still being explored in construction research. Others, such as optimisation and machine learning are more mature, but adoption is proving to be relatively slow.

We will explore the various challenges that are preventing the beneficial adoption of AI in construction, as well as steps that can be taken to implement the technology, in subsequent articles. We will also further consider how AI can integrate with BIM to improve cost estimating and scheduling and address how AI can improve contract management and comprehension.

[1] Lidar, which stands for Light Detection and Ranging, is a method for determining ranges by targeting an object or a surface with a laser and measuring the time for the reflected light to return to the receiver. It can also be used to make digital 3D representations or maps of areas by varying the wavelength of light.