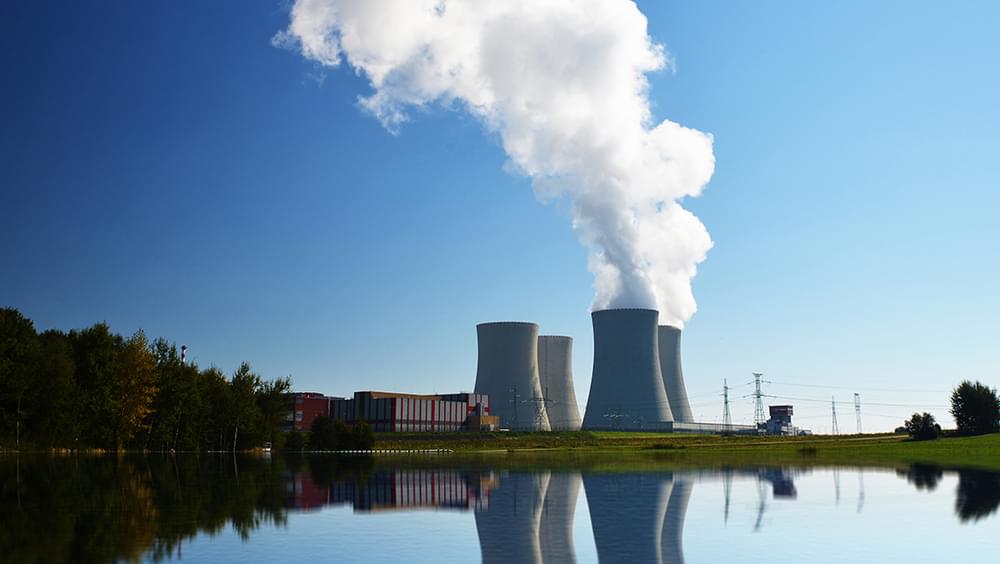 The UK is “matching the ambition of nuclear with action”. These were the recent words of Greg Hands, Minister for Energy, Clean Growth and Climate Change.[1] A home-grown, diversified energy system that incorporates new nuclear technologies would ensure greater energy independence in light of global energy price volatility, according to the UK minister. His words indicate the UK is serious about building nuclear capacity in the UK.

In recent years, UK Nuclear industry projects have predominantly been focussed on decommissioning. By 2030, all but one of the UK’s currently operational nuclear facilities will have been taken offline, equating to a 35% reduction in the UK’s total power[2]. With the existing fleet reactors coming off the grid, the UK has been developing and implementing large scale Gigawatt (GW) reactors to counter the loss of electricity from the existing aging reactors. With all reactors (including Sizewell B unless a 20-year extension is approved by the Government) due to come offline by 2035, this is a very near-term problem[3].

The anticipated energy mix by 2050, according to the Government Energy White Paper, shows nuclear providing c.20% of the UK’s total electricity[4]. More recently this has been updated to 25% following the Prime Minister’s discussion with nuclear industry bosses, and also in response to growing oil and gas prices and the UK’s commitment to phase out use of Russian oil and gas by the end of 2022[5].

Bolstering domestic energy supplies without cutting the UK’s 2050 net zero carbon target will require an increase in renewable energy sources, as is shown in the Government's new Energy Supply Strategy. While solar and wind are cheaper, faster and greener to deploy than nuclear (and the Government’s proposed strategy includes plans for solar and wind), nuclear provides a consistent “always on” supply of electricity.

Increasing nuclear capacity will help deliver zero emission, independent energy supplies, but it will be a tall order to build more reactors in time for the 2050 net zero carbon target and adds significant pressure for the go-ahead to be given to the new plants. However, it’s worth noting that while nuclear is a low-carbon source of energy, it is not technically a renewable energy due to the finite uranium resources and radioactive disposal challenges. Furthermore, nuclear energy is exposed to a number of challenges:

To help meet the 2050 net zero targets, Advanced and Small Modular Reactors (AMR, SMR) are being developed and scaled up. SMRs are usually based on proven water-cooled reactors similar to current nuclear power station reactors. They use nuclear fission and are called modular reactors as their components can be manufactured in factories using innovative techniques and then transported to be assembled[6]. AMRs are reactors which use novel cooling systems or fuels and may offer new functionalities (such as industrial process heat). These reactors could operate at over 800°C and the high-grade heat could unlock efficient production of hydrogen and synthetic fuels, providing potential secondary benefits to assist with meeting fuel demand.

G&T is uniquely placed to help drive the Government’s 2050 net zero carbon target. Helping to deliver some of the most complex and challenging construction and engineering projects in the UK, G&T works in all areas of the nuclear industry with extensive experience in nuclear decommissioning, waste management, construction on Site Licence Company (SLC) sites and general nuclear services.

Several large-scale GW reactors have been proposed, however as the developments are expensive and often controversial (as with many large infrastructure projects requiring a design consent order), not all have progressed. On a positive note, however, the technology has been proven since 1956 and is the only 24/7 low-carbon technology to demonstrate at scale a secure, safe and clean energy source.[7]

The most well-known reactors currently in development are Hinkley Point C and Sizewell C, which together will provide 6.4GW of output. Combined, both reactors are expected to provide c.14% of the UK s’ current electricity needs[8].

The Government is betting big on nuclear, as evidenced by its recent announcement that it will take a 20% stake in the £20bn large-scale nuclear plant (Sizewell C). EDF Energy, the other cornerstone investor, is also taking a 20% stake. Sizewell C will be a near-identical replica to Hinkley Point C, creating cost savings and taking on lessons learnt, but project costs are expected to rise as global inflationary pressures affect steel, cement, labour costs and the large amounts of energy required to build plants of this size.

The reactors at Hinkley Point C and Sizewell C are known as “EPR” (European Pressurised Water Rectors) and are the safest and most efficient generators ever designed[9]. They use less uranium and reduce the radioactive produce lifespan by almost one-third. Bradwell B Power Company – consisting of CGN (primary funder) and EDF – is also developing proposals for two pressurised water reactors (the UK HPR1000) to be constructed at the Bradwell site in Essex.

Other reactors with less success are Moorside, Wylfa Newydd and Oldbury nuclear power stations[10]. These were all proposed as developments, however have fallen through due to funding issues. Should these re-gain funding, Wylfa Newydd already has a deferred DCO application.

With such high costs and long construction timescales, the Government has been looking at alternative approaches of smaller, modular constructed, power stations. In the UK, the next generation of reactors is split into two main categories:

Many of these reactor concepts were developed in the 40s and 50s, and whilst they are termed Generation IV reactors, the technology was developed much earlier. The latest AMR’s target:

The UK has three leading AMR vendors at present:

Today, the UK government is driving nuclear forward. The 2020 NIRAB Report[15] recommended multiple areas of policy direction. The Government backed some of these policies and is now in the process of growing the level of implementation detail and expressed these within the Ten-Point Plan[16] for a Green Industrial Revolution. See our recent article on the Ten-Point Plan here.

The £1bn Net Zero Innovation Portfolio (NZIP), which includes much of the SMR and AMR programmes within its portfolio, is designed to develop green technologies that are needed to tackle climate change. [17] This includes up to £215 million for Small Modular Reactors (SMRs) to develop a domestic smaller-scale power plant technology design, and up to £170 million for a research and development programme to deliver an AMR demonstrator by the early 2030s.[18] However, public perception is still a key challenge for SMRs and AMRs, and the Government is working to assess how to best address this particular challenge[19].

Nuclear energy has traditionally been used as a baseload source of energy, but SMR and AMR vendors want to address more than just baseload electricity supply. The technologies can be used across several additional platforms, including load-following support for renewables, high-reliability microgrids, and process heat or steam for district heating, desalination, and other industrial uses. As new customers start to enter the market, this will create a change to the base need for SMRs and AMRs.

In the UK, more and more companies are looking at nuclear supply, including hydrogen, synthetic fuel manufacturers, ammonia producers and companies depending on heat for industrial applications. Companies such as Norway-based Det Norske Veritas (DNV) are exploring the conversion of UK gas networks to hydrogen and the coupling with nuclear to achieve greater economics. National deployment for an integrated nuclear system is being strategised, with concepts forming between nuclear providers and potential users of the heat produced in the process.

Closer to home in the UK, local councils are considering the economic benefit to areas and regions that may be brought about through collaborations (eg the Clean Energy Park vision in Cumbria).[20] There are also parliamentary debates[21] where SMR and AMR technologies are being considered for integration into a balanced energy mix. This would support the decarbonisation of industrial sectors whilst regenerating regions and supporting the levelling up agenda in the UK.

These debates are prompting technology providers to consider collaborations in the UK. The UK is attracting interest from vendors[22] that are able to utilise existing regulatory assessments to leverage commercialisation, such as Terrestrial Energy – a molten salt reactor vendor that is currently the vendor furthest along the Canadian regulator (CNSC) VDR process which is very similar to the UK's GDA process.

G&T can help, whether it’s site selection, improved certainty on project timescales and sequencing, or costing the end to end (including disposal decay time periods).

With such strong interest in creating new technologies, a driver for reaching net zero, and UK government support and commitment to the clean agenda, there is a scale of opportunity in the UK for SMR and AMRs that is unfolding today. AMR and SMR technologies are proven, economically viable and readily available. They benefit the UK as they are more flexible, have a cheaper capital outlay and can support balancing the grid during peak hours.

The UK is working to develop nuclear opportunities that can provide Low-Cost Heat (LCOH) and Low-Cost electricity (LCOE) by closely collaborating with other countries. This is a fundamental part of the Government’s policy to realise the opportunities and support the domestic development and deployment of these technologies.

Challenges impacting nuclear include overcoming the funding issues and the significant resource constraints. However, these must be beaten if the UK is to achieve its target of net zero by 2050. G&T can help this target to succeed, offering a variety of Project Management and Cost Management services to give your investors and clients certainty that their nuclear projects are delivered on time, on budget and at the quality required. They have extensive experience setting up programmes, managing grant applications and have a significant network of relevant client businesses. Please get in touch to learn more.