Sustainable Aviation: Could Hydrogen be a Solution?

Sustainable Aviation: Could Hydrogen be a Solution? 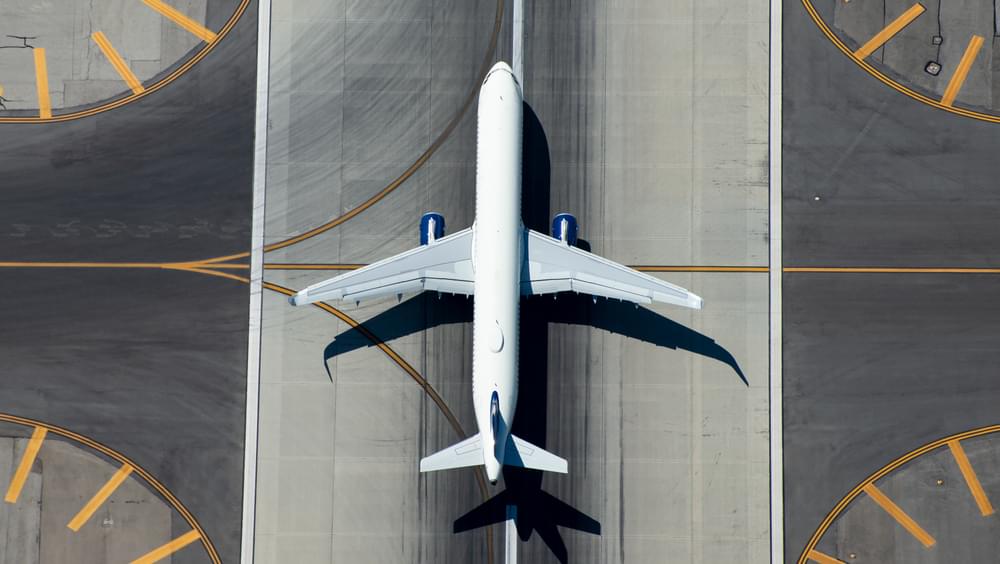 With increasing fuel prices and climate change rising rapidly up the agenda, the aviation industry is having to look at life after fossil fuels.

Following the first article in our low carbon aviation series – Net Zero Aviation: Preparing the Infrastructure for Take-Off – our second article explores the role hydrogen could play in transforming aviation into a zero-carbon/climate-neutral system over the next few decades.

In our previous article, we considered whether electric aircraft were the answer, but due to the required energy density to get battery electric aircraft off the ground, they are currently only considered feasible for shorter, local flights. Sustainable Aviation Fuel (or SAF) was also considered as a solution to power aircraft, but industry experts note that running on 100% SAF would require work on existing distribution systems, storage infrastructure and aircraft to make it fully compatible. Furthermore, it is generally not considered feasible to produce SAF in the kind of abundance required to cover current demand.

According to industry experts, the only zero-emission solution for larger commercial passenger aircraft over longer distances is hydrogen.[1]

Why hydrogen is key to all low-emission solutions

From an efficiency of fuel utilisation and a carbon emissions mitigation perspective at least, renewable hydrogen appears to be the best propulsion system for aviation.[2]

Hydrogen is the most abundant element in the universe so is readily available as a fuel source. Furthermore, the only products of the chemical reaction between hydrogen and oxygen in hydrogen fuel cells are electricity, heat and pure water[3]. Due to hydrogen being the lightest element on earth, hydrogen propulsion technology also provides a denser energy storage option to both jet fuel and conventional batteries[4], allowing hydrogen to scale to all sizes of aircraft in commercial service. The use of hydrogen over electric could also alleviate concerns over peak electrical demand as it can be produced throughout the day, on site, through a process called electrolysis.

Hydrogen can be produced in a number of ways but is only emission free if made via electrolysis from renewable energy – otherwise known as ‘green hydrogen’. Find out more about hydrogen production in our article, Hydrogen: The Future Fuel for Net Zero Ambitions. The article explained that producing green hydrogen at scale will involve high up-front costs and that we are currently at the high part of the cost curve, but that by 2050 green hydrogen costs could fall by around 80% from today in most modelled markets.

While producing hydrogen is currently more than four times as expensive as producing conventional jet fuel (ie kerosene)[5], the cost differential is expected to narrow in the coming decades. Technological improvements in both renewable electricity generation and in electrolysis, including likely cost reductions in electrolysers, will help lower production costs but both Britain’s Royal Society and McKinsey suggest that production costs will remain at least twice as expensive as fossil fuels for the next few decades. Building the infrastructure for hydrogen to be produced on site, or at least as close as possible to airports, would also reduce transportation costs but policy support will likely be necessary to make hydrogen a viable alternative fuel source for the aviation industry.

Higher production costs aside, there are many challenges associated with hydrogen fuelled commercial aircraft, not least of which are the challenges of distribution and refuelling.

The challenge of distribution and refuelling

Creating hydrogen fuel cells en masse is just one of the hurdles that need to be scaled in order to unlock hydrogen powered aviation. In the automotive industry, a key reason why hydrogen has not gained traction thus far is due to the challenges around the distribution of the refuelling infrastructure. In contrast to the automotive sector however, the build out of the necessary hydrogen infrastructure for aviation should be simpler as air traffic is concentrated in fewer locations and so fewer hydrogen refuelling stations will be required.

However, calling this process ‘simple’ might be underselling the challenge of distributing hydrogen. According to Jacobs[6] and FlyZero[7], there are three potential hydrogen supply and storage scenarios:

Scenario 2: Hydrogen generated off-site, supplied in a gas pipeline to the airport and liquefied at the airport

Scenario 3: Hydrogen produced and liquefied locally at the airport

According to FlyZero and Jacobs, we may see larger airports initially begin their hydrogen journey with scenario one – ie delivering hydrogen by truck. As hydrogen demand increases and its availability is scaled up, airports would use this time to build the required capital-intensive hydrogen infrastructure to facilitate the transition to scenarios two and three above. This would include installing large-scale liquefaction and storage systems and hydrant pipe networks for refuelling.

Scenario 1 is the least capital-intensive, while hydrogen generated off-site and delivered via pipelines to be liquefied at the airport (Scenario 2) and on-site hydrogen production and liquefaction (Scenario 3) are higher cost approaches. However, as the frequency of tanker deliveries increases and pressure grows to achieve wider emission reductions, expanding the hydrogen network (i.e. opting scenarios 2 and 3) will be necessary. It is worth noting that scenario 2 – delivery of hydrogen via pipelines – would require either a hydrogen production facility to be located within close proximity to the airport, or for there to be existing pipelines to connect into in order to keep costs down.

In its research – Airports as Catalysts for Decarbonization[8] – Jacobs provide a roadmap for airports, suggesting what incremental steps can be taken to ensure that zero emission, hydrogen-powered flights are able to take off as soon as aircraft are available. It recommends that airports start with using hydrogen in on-ground applications (ie ground handling vehicles, logistics and heating) and other mobility and utility applications. This will help operators become familiar with using hydrogen. Investment would be needed in hydrogen delivery, storage and refuelling infrastructure for these on-ground applications, but the idea is that this would create momentum that would lead to the implementation of more substantial infrastructure needed to support hydrogen aircraft.

Once this integrated hydrogen ecosystem has been established, there will be further opportunities for airports to become hubs for the wider distribution of hydrogen to their surrounding areas. This could create revenue opportunities for airports that would help distribute the initial capital costs across a wide range of hydrogen users. It also passes on various economic and social benefits to local residents, businesses and supply chains, while bringing about positive second-round environmental effects such as cleaner air and better biodiversity.

In its recent study[9], the conclusions of ‘FlyZero’ – the Aerospace Technology Institute project aiming to realise zero-carbon emission commercial aviation by 2030 – were that green liquid hydrogen[10] is the most viable zero-carbon emission fuel with the potential to scale to larger aircraft. In short, liquid hydrogen represents the best energetic option without the carbon impact of kerosene, or the weight penalty of batteries.

In addressing the challenge of generating, transporting and storing the vast amounts of hydrogen that would be required, JetZero’s report indicates that after an initial period of delivering hydrogen that has been liquified off-site to airports via tanker deliveries, large airports in particular will look to supply through a gaseous pipeline with on-site liquefaction. While possible to generate the hydrogen on-site through electrolysis, most airports will find this option unattractive given the high energy requirement.

Once liquified (either on site or off-site), on-airport distribution becomes the next hurdle. Moving the liquid hydrogen across the airport on mobile bowsers may be the initial approach, but as demand increases and airside road congestion becomes more of an issue, a liquid hydrogen hydrant system may be required according to FlyZero’s report.[11] Installing a hydrant system would be a complex undertaking as moving the liquid hydrogen requires cryogenic pipelines and storage facilities and this type of infrastructure would be required at scale. Given the high capital costs of doing this, smaller airports would therefore more likely to opt for the bowser delivery system.

And then there is the issue of refuelling the aircraft. Because liquid hydrogen has a lower density than kerosene, larger diameter fuel hoses will be required. Additional safety constraints would also be needed with liquid hydrogen, potentially requiring a wider fuel safety zone unless automated or remote-controlled ground support equipment and new safety procedures are introduced.

[4] Hydrogen delivers approximately three times the energy per unit mass of conventional jet fuel and more than 100 times that of lithium-ion batteries. https://www.airbus.com/en/newsroom/news/2021-12-how-to-store-liquid-hydrogen-for-zero-emission-flight

[10] Green hydrogen is created by the electrolysis of water, which uses electricity to split water into its constituent elements: hydrogen and oxygen. If the electricity is generated in a carbon-free way, then the resulting hydrogen’s lifecycle is also carbon-free.