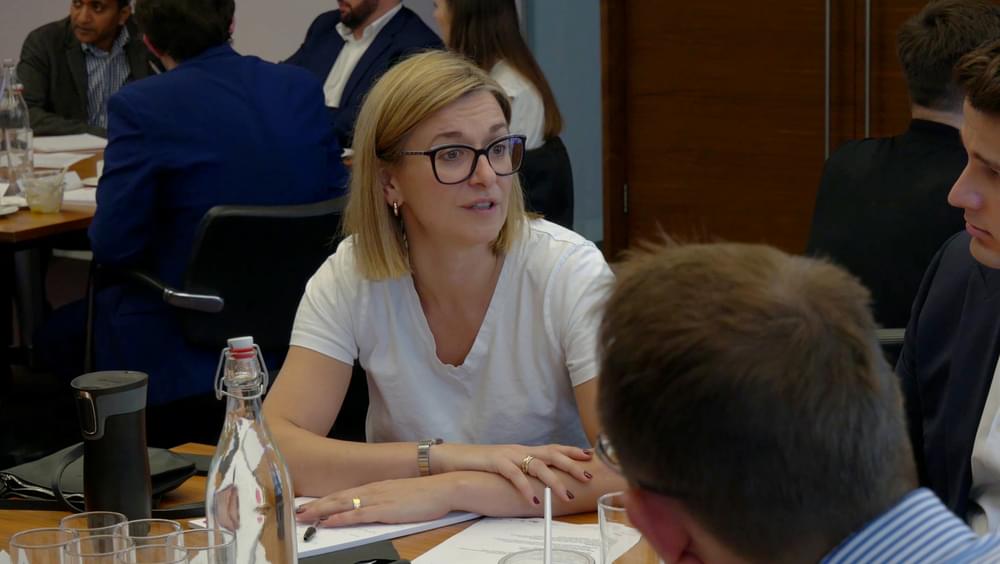 In April, G&T hosted the New London Architecture (NLA) NextGen Working Group, as part of the NLA’s NextGen programme. The programme seeks to bring together young professionals and established construction industry experts to explore and discuss some of the critical issues being faced in the industry.

The discussion saw attendees split up into four groups, with each group allocated a relevant and timely topic to debate and exchange ideas on. One of the topics being dissected during the session was ‘Tackling Talent Post-Brexit’.

Particular questions being asked were ‘how can the industry futureproof acquisition and retention of young talent through design?’ and ‘how can we prevent a talent drain after Brexit?’

The ongoing skills shortage in construction formed a key area of discussion for the ‘Tackling Talent Post-Brexit’ working group. Even before the UK’s decision to leave the European Union, the decreasing pool of construction workers has been putting a strain on the industry.

In its first review since 2013, the Migration Advisory Committee (MAC) recognised the important role construction plays in the UK economy and identified that the sector has a number of roles in shortage. It concluded that construction will require careful consideration in a future immigration system.[1]

Whilst statistics vary, according to the latest ONS data, of the 2.2 million UK residents working in construction between 2014 and 2016, 9.7% (214,000) were non-UK-born[2]. During the same period there were 164,000 construction workers that were nationals of other EU countries, representing approximately 7.5% of the UK’s total construction workforce, so the sector is clearly exposed to a potential fallout from Brexit if the current issues remain unchanged.

The group also highlighted the ageing workforce as a key point for discussion. Data shows that 22% of the UK’s construction workforce is 50+, and 15% are currently in their 60s[3]. As this generation reaches retirement the industry looks towards the next generation to fill the gap. If there aren’t enough new entrants into the industry, how can the gap created by those leaving be filled?

The group focussed on three key issues affecting the labour pipeline and retention rates. These were the environment, working conditions and policy and training opportunities.

Data from the Construction Industry Training Board (CITB) shows that a significant proportion of 14-19-year-olds believe that working in construction was about ‘being outdoors and getting dirty'. Over the last decade many initiatives have been launched to combat the industry’s perceived image problem, concentrating on promoting the variety of opportunities available to build a career in the property and construction industry.

It was suggested that these perceptions could be dispelled by putting greater effort into showcasing new and growing opportunities such as offsite manufacturing for construction (OSM) and Building Information Modelling (BIM). Exposure to these developments at an early age, be it through work experience or internships, can help encourage different skills into the industry, generating a more diverse pool of candidates.

In order to improve the retention of older workers in the sector, it was suggested that we could adapt the construction environment. This could mean making changes to working practices and re-shaping the work environment to allow for greater flexibility.

"It was noted that the variety of jobs and career opportunities available in this industry should make it open to everyone, no matter what their background, experience or future aspirations."

Several in the group noted that the issue of retaining talent could be seen as an opportunity to decentralise from London. As initiatives such as The Northern Powerhouse evolve, more and more businesses could take advantage of lower overheads and relocate away from the capital.

The growth of Modern Methods of Construction (MMC) may accelerate this process as jobs are created near the off-site manufacturing factories being built outside of London. The lower house prices in these areas may attract would-be construction workers of the future.

MMC is also creating jobs for a wider range of skill sets, which may entice apprentices who would otherwise not have thought about a career in construction. MMC offers careers in a permanent place of work, providing an indoor high-tech environment that may attract a broader pool of talent.

The working group thought greater clarity needs to be provided on the UK’s immigration policy post-Brexit. Whilst EU construction workers in the UK prior to Brexit will have the right to stay in the UK, what happens in the longer-term? Although a degree of uncertainty over the Government’s post-Brexit immigration policy prevails, it was suggested that construction firms could do more to demystify the current position and combat any inaccurate negative sentiment that might deter some European workers from UK construction.

Training is a vital area of focus for the future of the construction industry, and if it is to meet growing demand help from the Government could be crucial.

In 2017/18 there were 23,000 apprenticeship starts in ‘Construction, Planning and the Built Environment’ sector[4]. Whilst the number of apprenticeships in the sector has grown each year since 2011, it remains short of the numbers being trained in past decades. The CTIB says that 135,000 apprentices will be needed in the construction industry by 2021[5]- around 10,000 more a year than currently.

"The Government is well positioned to help create a new training infrastructure that could oversee the long-term strategic needs of the sector and set appropriate training standards to ensure that the right skills are being recruited into the sector."

In 2017 alone, twice as many workers left the construction industry as joined it - a trend projected to worsen over the next few years[6]. It’s clear that urgent action needs to be taken to combat the growing skills shortage and the urgency of the situation has been exacerbated by Brexit.

The group concluded that a mixture of favourable immigration policies, strategic improvements to the training infrastructure and methods to improve productivity such as MMC would go a long way to addressing the skills shortage post-Brexit.

This topic and many more will be discussed in further detail at the London Real Estate Forum 2019, where G&T will sponsor the NextGen initiative for the fifth year running. Find out about last year’s event in our film and article.