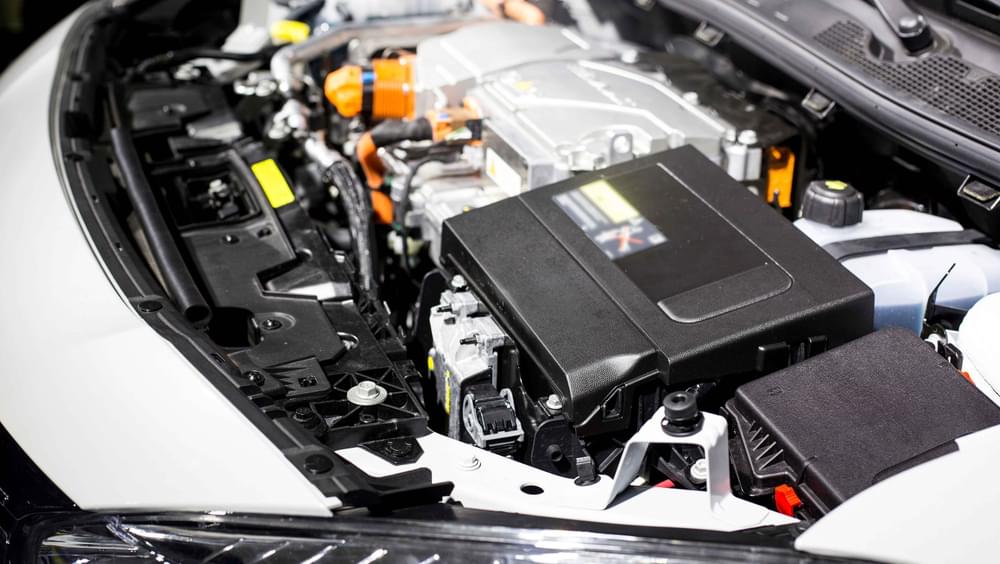 We are seeing some significant developments in the EV market. There is a perfect storm of consumers wanting to switch to greener, more sustainable forms of transport, governments and regulators pushing legislation to enforce the transition to EVs and people showing little appetite for moving away from cars.

All of this has fuelled rapid development in the EV market. As OEMs rush to expand and develop their manufacturing capacity and supply chains adapt to support this growth, massive amounts of investment will be required across the entire supply chain. However, surging demand for and investment in these facilities across Europe will inevitably put pressure on some increasingly scarce resources.

Previous G&T thought leadership articles have explored trends in the EV market and identified some of the opportunities for establishing UK supply chains. In this article, however, we will explore in more detail some of the major factors to consider when selecting and developing sites for EV and battery manufacture.

When investing to build out a new site, careful consideration over the location of the facility is necessary. Working down the hierarchy of country, region, city and then site level, it’s important to consider the layout of the plot alongside several other factors when developing it. The balancing act between the various factors to consider with regard to site selection can make the decision process incredibly complicated. The most successful projects we have worked on have structured and scored a large number of criteria to determine the optimum site.

The location of the facility can significantly impact its potential returns - something which we expand on below. This is obviously important to consider if you are:

We have focused on these three areas of the EV supply chain development as this is where we are seeing the most movement in the market. The level of investment required in EV-related projects is significant so these location and development decision factors need careful consideration.

To date, the development of sites has largely been driven by suppliers finding, selecting and developing them. However, governments keen to capture the investment and job opportunities that these investments bring have forward supported developments in their jurisdictions. One trend that we may see emerging over the coming years is greater involvement from other sectors. For example, there are opportunities for more traditional development at these sites if they adopt a business park approach. These sites could perhaps obtain outline approvals to try and attract a tenant that would be prepared to select a site at a premium. This could present a simplified route to constructing the facility. It would also suit both the investor and developer because the skill sets from both sectors can be applied to the areas they are most experienced in.

Similarly, large landowners could develop their degrading assets. Due to the utility, logistical and workforce availability, large decaying heavy manufacturing sites could be developed into the manufacturing plants of the future. There may also be opportunities to lease rather than purchase the sites outright which might suit institutional investors.

Factors to Consider When Developing Sites

Although some investors will already own the sites they plan to develop, the considerations below should still be taken into account as there will likely be choices that need to be made as to which site is used and even which part of the site should be developed first.

Gigafactories are, by their nature, big buildings and therefore require large plots of land. Plots which suit them tend to be large, rectangular and ideally at one level. It sounds like a minor consideration but if you get it wrong you can face significant costs for earthworks and (for schedule-critical projects, which many of these are) delays on commencing construction due to the need to grade the site(s). Earthworks can be further constrained by ecological issues and seasonal limitations.

When purchasing and developing any site, extensive technical and legal due diligence should be undertaken. Key considerations and items to look out for are numerous and vary extensively from site-to-site. For example, on a post industrial site you may be paying particular attention to:

Greenfield sites could potentially avoid some of the above but a similar rigor should be applied to investigating them as what appears to be green now may well have previously been an industrial site. In addition to this there may be other issues with greenfield sites. For example, the need to clear trees and vegetation which may prove costly and time consuming or, in the worst case, stop a project from progressing.

However, for all sites detailed consideration should be given to other potential issues related to the physical nature of the site. We would strongly recommend that any planned development seeks competent advice. A useful first step is to conduct a desk top survey to form an initial assessment before embarking on more expensive and time-consuming due diligence exercises which will often involve physical investigation works including ground investigations, topographical surveys and ecology investigations etc.

Numerous grants and incentives are normally available which will have an impact on the business case for a particular site. These can be obtained in a number of ways from simple grants, to loans and often tax incentives. In addition to these, standard tax incentives such as Land Remediation Relief should be also used where available.

Many facilities are being constructed with future expansion in mind. This is highly logical considering the current market trends but careful consideration needs to be given to how best to facilitate this - balancing the need to see timely returns from the investment while protecting future development. In new, emerging markets it’s hard to predict the future but successful projects usually employ a masterplanning approach to determine the end point and then work backwards to develop the implementation plan. If implemented properly, a degree of future-proofing can be achieved with little added cost while providing better long-term planning. It’s important that the construability of future phases in particular access, logistics and laydown areas is considered during the masterplanning phase.

When considering whether to develop a brownfield or a greenfield site its impotent to bear in mind that the availability of these sites will vary hugely region to region and country to country. As mentioned above, greenfield sites may be free from some of the contamination issues associated with brownfield sites. However, there will likely be other issues such to consider, such as ecology and undeveloped infrastructure including utilities. Investors should be wary of the time it takes to put some of these supporting utilities in place and be aware that delays to works by third parties and utility companies where opportunities for recourse are limited. Brownfield sites may be more complicated in the ground but there are likely to be other positives as many of them benefit from good pre-existing infrastructure due to their past usage and there will likely be a local workforce with experience of working in industrial and manufacturing industries.

The planning and permitting requirements for sites should be fully assessed. Make sure that your planning teams fully understands the local plans and any restrictions or opportunities within them. Due to the scale of the facilities and the hazardous nature of the materials being used the regulatory compliance requirements are complex. It’s highly likely that a number of complicated and time-consuming permits and approvals are required before work can start on site. For example, the investment may require Environmental Impact Assessments, planning permission, building permits, operational permits, water permits, IPPC, Seveso, COMAH etc. From our experience there is an absolute need for a coherent and robust strategy to be in place. This needs to be agreed with stakeholders early on in the process and its essential that the strategy factors in when key engineering information will be available. We’ve found that successful projects create excellent working relationships with all the parties involved in the process, so it’s important to work with them to proactively resolve any site development issues.

Logistics, the Local Market and Utilities

As the facilities will both consume and generate materials on a large scale, logistics is a key consideration. Things to be examined include the capacity of the local road networks to support large numbers of HGV movements during construction and operation, and also the availability of other transport modes such as rail and ports. Finally, don’t forget to look at how the largest pieces of equipment will be brought to site and installed. Freight and logistics studies are essential in this regard.

One key variable which absolutely needs to be understood and varies significantly from country-to-country (and also regionally) is the capacity and capability of the local market to support these large, complex and capital-intensive projects. As this is a new emerging market, resources and organisations with delivery experience are extremely limited. In conjunction with this, the closest facilities to resemble these would be a blend of advanced manufacturing, pharmaceutical and chemical process facilities. There are few people and companies who have delivered all three. We recommend that detailed market intelligence surveys are undertaken early in the site selection process. Then, using this as a basis, a tailored procurement and contracting strategy can be developed with input from experts in this area. Many investors also consider the social performance of projects and will want to establish links with local universities and other places of education to aid long-term success of the facility.

Finally, utilities are the last piece of the jigsaw. These facilities are utility-hungry and are often significant consumers of power, heat and water and typically have large cooling demands. The requirement for both heating and cooling, with the related impacts on water demand, creates opportunities for investors to integrate these to provide more sustainable solutions. The sustainability and availability of power sources should be carefully considered and reviewed. These are particularly important given the corporate goals of many organisations working in this field and also the demands of customers who will insist on and reward sustainability in their supply chains. Circular economy considerations are becoming increasingly important. In addition, the physical location of piped and cabled utilities will need to be reflected in layouts and masterplans as there are big cost implications for getting it wrong.

If you would like to talk to our team about your project or any of the considerations above, please contact David Norris, Trevor Springham or Jason Fowler.