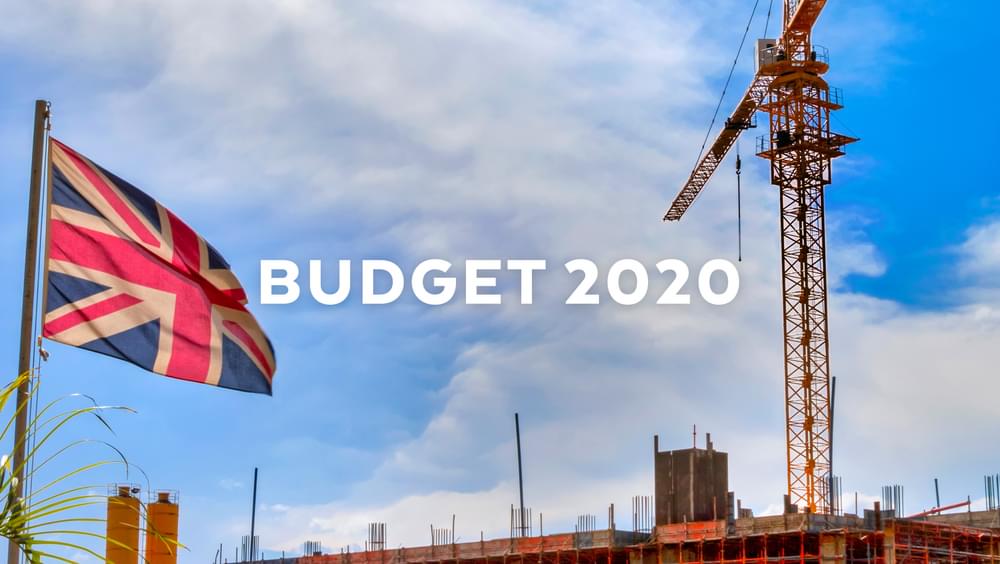 Whilst the effects of COVID-19 had a significant impact on the new Chancellor’s first post-Brexit Budget, a common theme remained the levelling up of the UK economy. Here we review some of the more important tax and spending plans that will affect the construction and property sectors.

Although SBA’s were first announced in Budget 2018, it is only now that we are seeing the first significant claims being submitted to HMRC. The Chancellor may therefore have seen it as an area to exploit for an easy headline by increasing the annual rate from 2% per annum (for 50 years) to 3% per annum (for presumably a still not insignificant 33 years).

On the face of it, these can be seen as a worthwhile addition to the potential tax reliefs available to those incurring expenditure on non-residential property, whether that be through the new construction, extension, refurbishment, fit out or acquisition of buildings. However, there is a sting in the tail, as property investors will experience a clawback of any relief on disposal and tenants are only likely to be able to keep the part of the benefit realised up to the end of their lease.

Even with this increase, it is unlikely that this allowance will actually influence investment decisions. Indeed, the complexities associated with capturing / tracking qualifying expenditure may actually dissuade people from claiming. That said it does provide a level of (mostly temporary) relief on otherwise unrelieved capital expenditure and looks to be here for a long long time.

The increase has proved to be a significant boost to small and medium sized businesses, encouraging new tax efficient investment on property assets. With the real value of the associated tax savings potentially doubling, it had been hoped that the opportunity would be taken to extend the period of the increase.

There is still time for a change, but at this point it has to be assumed that more tax relief will be available to capital intensive businesses this year than next.

As expected, this tax relief targeted at energy and water efficient technologies in buildings, will be withdrawn from April 2020. We believe this is an unwelcome change to a measure that has seen a continually increasing amount of take-up since it was introduced 19 years ago. It would also seem counterproductive not to have replaced this relief with something else bearing in mind the Government’s stated commitment to sustainability.

Whilst the main enhanced capital allowances category is to be withdrawn from April 2020, this allowance, which was first introduced by the Government in 2016, will remain for investments in electric vehicle charge points to 31 March 2023.

As previously announced, from 6 April 2020 non-UK Resident companies with UK property income will be charged Corporation Tax rather than Income Tax. This measure is intended to provide parity between onshore and offshore companies. It is estimated that around 22,000 company landlords will be affected as it will apply whether the investment is direct or indirect, say via a partnership.

A benefit will be the ability for these companies to now claim the 150% Land Remediation Relief, whether that is in the form of tax savings or a payable tax credit. This has only ever been available to Corporation Tax payers and is a specific relief targeted at remediating contaminated sites and buildings that they acquire.

In 2018 the Chancellor paved the way for legislation to introduce a reverse charge mechanism aimed at addressing perceived VAT fraud in the construction industry. It will mean that VAT payments will effectively be kept away from sub-contractors and only fully administered by the ‘main’ contractor.

This measure was due to commence in October 2019, however after considerable lobbying from various trade bodies with concerns over the industry’s preparedness, its introduction was delayed until 1st October 2020. It would appear that it is still the Government’s intention to move forward on this timeline.

Time will tell whether this will have longer term cashflow implications on sub-contractors within the supply chain.

As has been the case for a number of years, the Government announced that they would freeze Aggregates Levy rates for 2020-21 at £2/tonne. It would seem that the long-term intention to return the Levy to index-linking will take some time.

As part of its plans to level up the UK and get Britain building, the Government announced the following funding measures: